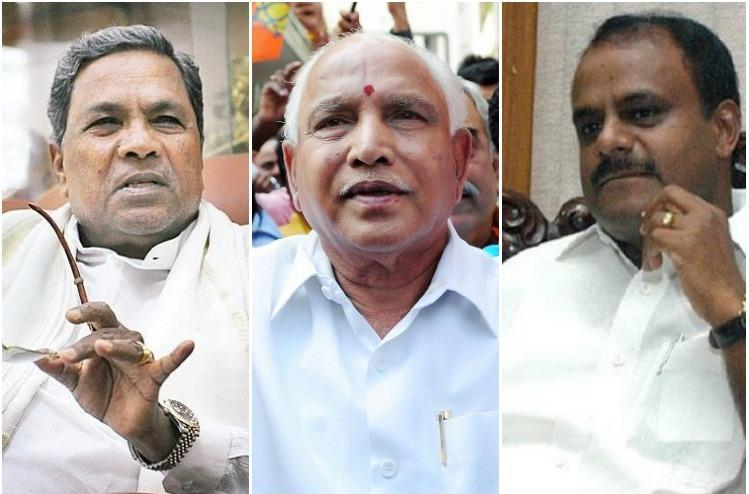 The narrow vote share gap between Congress and BJP means the tide can turn even at the very last moment.

The ruling party, the INC, would like to retain its largest ruling State. A win for the INC is also important as it has recently lost four States – Uttar Pradesh, Uttarakhand, Manipur, and Goa, and now rules only a few States. The JDS would fight with all its might just to remain relevant in Karnataka politics. The party would make every attempt to increase its vote share, even though it may not emerge as the largest party.

The BJP will like to win the Assembly election for many reasons – the win will be seen as their re-entry into south India; this will be seen as one of the largest milestones in their ‘Çongress-Mukt’ campaign; and it will be a big morale booster for the 2019 parliamentary elections.

All the parties, both national and regional, will experiment with all possible tricks to win most votes. The JDS has been hovering around 20% vote share for the last three Assembly elections. In the 2008 and 2014 Assembly elections, the JDS got 19% and 20.2% votes respectively. The party enjoys a very strong loyal voter base in certain parts of the State, which has helped it remain relevant in Karnataka politics.

But the numbers of last two Assembly and parliamentary elections suggest that the real battle has been between the two national parties – INC and BJP. The gap in the vote share of the INC and BJP in recent elections has been very close. The INC in the 2008 and 2014 Assembly elections got 34.8% and 36.6% votes. The BJP during the same period got 33.9% and 32.4% votes. The number suggests that the difference in the vote share is not very high.

Floating Voters Key
It is very clear from the numbers of the last two Assembly and parliamentary elections that the real fight in Karnataka has been between the national parties – INC and BJP. The JDS has been playing an effective role of kingmaker or a spoiler.

Recent Opinion Polls
It is also important to explore the numbers of the recent opinion poll results. In recent times, the two separate agencies – Creative Center for Political and Social Studies (COPS) and C-Fore have conducted surveys, which have thrown two different set of results.

The COPS has given the INC 86 seats, BJP 113 seats and the JDS 25 seats. It predicts that the INC would win a majority of the seats in Old Mysuru and Bangalore region and the BJP will make a clean sweep in Coastal Karnataka, Mumbai-Karnataka and Hyderabad-Karnataka regions. However, in Central Karnataka, both the INC and the BJP could win an equal number of seats.

It is too premature to start predicting the results of the Karnataka Assembly elections. The political parties have another seven-eight months to change the mind of the voters and influence them to vote for their candidates and party. As of now, one thing is clear that the ensuing Karnataka election will be won or lost by winning or losing the last-minute voters. This election will be won by the party, which influences them best.