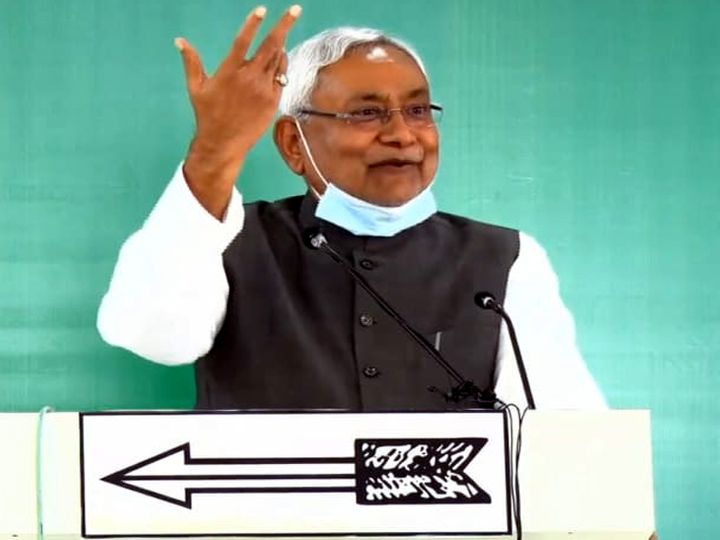 The tenure of the Bihar Assembly ends on November 29 and in an ordinary situation, a new Assembly should be elected before that date. Going by the character of the State, had it not been corona times, Bihar would have been witnessing huge election rallies, mass political movements, political realignment, cross-party movements, political allegations, counterclaims, etc.

Not that the political drama has not started already, but it is not at the scale Bihar generally witnesses. The game of jumping parties too has started. This season, the game started when five Rashtriya Janata Dal (RJD) MLCs joined the Janata Dal (United) or JD(U). In response to it, the RJD snatched JD(U) leader and former Industry Minister Shyam Rajak. In the next level, the JD(U) responded by onboarding four RJD MLAs. As of now, this game is in its initial level and will mature as elections get nearer.

Game of Jumping
This political equation will not only be played by jumping parties, we will also witness cases of jumping alliance. On the one hand, the Lok Janshakti Party (LJP) chief in the NDA is angry with Chief Minister Nitish Kumar and on the other, Jitan Ram Manjhi, upset with the RJD-led Grand Alliance, has switched over to the JD(U)-led ruling alliance.

If I am not wrong, the chief political strategist of the Bharatiya Janata Party (BJP) in the initial days will play a very silent game in Bihar and ignite the voters without playing any active game of onboarding candidates from other parties or forging a fresh alliance. He will change his strategy only when the Election Commission announces the election dates. I believe he will play all his moves when the game reaches the matured level.

Dynamics of Date
The sentiment of political parties tells that the opposition in Bihar wants the Assembly election deferred but Nitish Kumar wants it on time. If the election is deferred, Bihar would be voting under President’s rule, and that will be advantage opposition. The main opposition parties are not in favour of holding an election till the threat of coronavirus is neutralised.

The principal opposition parties — RJD, Indian National Congress (INC), and the CPI — have written to the Election Commission seeking a deferment. The opposition wants President’s rule in the State for some time before elections. Interestingly, even the LJP has called for deferring the Bihar polls. It is important to understand that the LJP has never accepted JD(U) as its natural partner and the JD(U) also treats the LJP as one of the extended partners of the NDA.
The most critical player of all, the BJP, has not shared its view on the question. The BJP maintains that it will go by what the Election Commission decides.

Political Equation
It is a known fact that Nitish Kumar has more control over the government while the BJP has more loyalist voters. This political combination — of a clean image of Sushasan Babu and the loyalist voter base of the BJP — is the most potent political equation in the political landscape of Bihar. The major partner of the alliance is the JD(U) and the BJP is playing the role of a strong secondary party. Yet, it’s the JD(U) that is the weak part of the strong equation and not the BJP.
The political situation in Bihar is more like Maharashtra rather than Punjab. This is yet another State where the BJP is stronger than the alliance partners but has still opted to play second fiddle. Bihar is also one of the States where the combined might of the opposition can make a difference to the electoral outcome.

It is important to ponder what role the BJP will play in Bihar. Will it follow the Punjab model, or will it experiment with the Maharashtra model. Irrespective of the political stand the BJP takes, it is going to play a key role. The future political play of the BJP in Bihar is a function of the local leader it can project in the State.

The BJP cannot take an independent stand as it does not have a leader, who is acceptable to all. It is known to all that till Nitish Kumar is at the helm of affairs, it will be difficult for the BJP to announce an alternative. A few months of President’s rule may give the BJP a window, and Nitish Kumar knows it.

Fading Charisma
Nitish Kumar is known for his clean image and non-corrupt governance. This has helped him gain the image of ‘Sushasan Babu’. He, in his first two terms as Chief Minister, restored governance and law and order in the State. He extensively worked on infrastructure, women empowerment and education for girls, and other must-to-have things for a progressive State. But he could not deliver the same in the third term. His is now widely seen as an ineffective government.

On top of these challenges, there is hardly any new reform that has been pushed or proposed by him to improve the current status of education, healthcare, infrastructure, investment, industrialisation, employment, etc. This creates a perfect scenario for Tejashwi Yadav to pitch this election against him.

The political equations are changing rapidly. The voters of Bihar have started to believe that Nitish Kumar managed the governance of State well but failed to bring in development. The charisma of Sushasan Babu is fading and it is being aggressively challenged by Tejashwi Yadav. In this scenario, if the NDA fails to stitch an intelligent alliance, the result may surprise all of us.