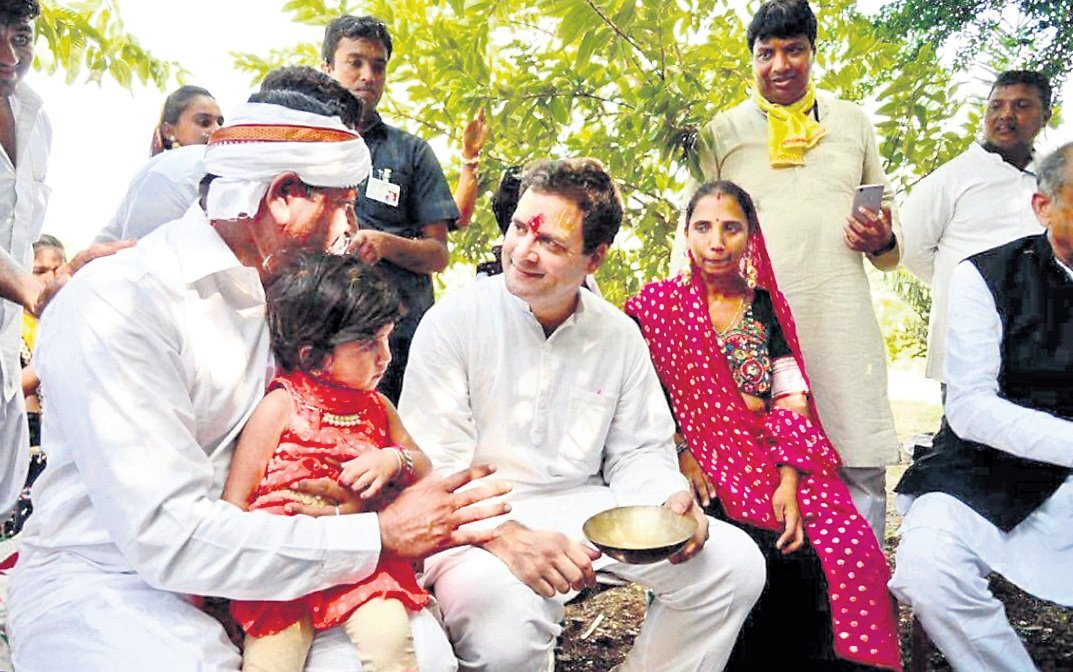 The party’s new strategy did yield dividend, but it also showed up the critical gaps that prevented a victory

It will not be wrong to read the loss of Rahul Gandhi in Gujarat as his moral victory and the victory of the BJP as a mere face-saving act. In fact, Team BJP could not manage the rise of politician Rahul and they had to rely on their tallest leader, Narendra Modi, to save the ship.

Modi managed to derail Rahul’s campaign by diverting the focus of voters from development and Patidar agitation to the statements of Kapil Sibal on ‘Ram Mandir’ and Mani Shankar Aiyar’s ‘Neech’. But the biggest reason for BJP’s success was the new socio-cultural model of United Spectrum of the Hindu Votes (USHV), Saffron Dalits and Reluctant Muslim Voters.

Though there was an undercurrent in favour of the INC and a strong anti-incumbency, the Modi-Shah duo managed to divert voters’ attention to issues like Gujarati Pride and National Security. So, it turned out to be a classic election where the BJP did not win but the INC lost. But why did the INC lose it from a winning position?

The voters now demand honest effort and action. They want dedicated, 24×7 politicians. The INC has to project strong and dedicated national and State level leaders.

Shaky Organisation
10The grand old party lacks the support of on-ground organisation unlike the BJP, which enjoys ideological and on-ground support from the RSS. In the 70s, under the leadership of Sanjay Gandhi, the INC had managed to build a strong organisation with a presence in each district. Such an organisation needs to be built again.

The absence of a dedicated INC cadre in Gujarat was one of the biggest reasons why they failed to mobilise voters and bring them to the booth. An analysis of the voting pattern in Gujarat will find that Reluctant Muslim and Dalit Voters needed the motivation to go to the booth.

Urban Connect
The BJP is popular in urban areas and the INC has a strong rural presence. The INC lost the elections because it failed to connect with the urban voters.

Of the total 42 urban seats in Gujarat, the BJP won 36, while 6 went to the INC. Clearly, the INC failed to convince the urban voters to switch sides.

The BJP won because it intelligently selected candidates who could win seats.

Caste Politics Falters
Caste and religion-based politics play a critical role but it is not the only element that influences the voters. In the last few Assembly elections – Gujarat, Uttar Pradesh, Maharashtra, Madhya Pradesh and Rajasthan – the INC played caste-based politics and lost all elections.

The classic example is that just after the Babri Masjid demolition, the BJP lost power in three out of four States. The popular belief that India votes at the intersection of caste and cash is not true.

The Indian voter has always shown a preference for non-corrupt alternatives over issues like caste, religion and cash. India also votes at the intersection of development and resilient governance.

The INC is struggling hard to understand the change but the BJP has already incorporated the new equation in their political planning.

Plus Hindutva
While the BJP incorporated the new-age requirement of development and resilient governance, it also did not leave out the old equation of caste and religious politics. This new combination of USHV along with development is working fine with voters.

The honest effort of Rahul Gandhi to project a soft Hindutva image in Gujarat election was probably the first move in aligning the INC towards the new equation of development with USHV.

Confused Alliance
The INC has been outsourcing part of its political campaign to outsiders. In UP, it was outsourced to Akhilesh Yadav and in Gujarat, part of the campaign was outsourced to Hardik Patel, Alpesh Thakor and Jignesh Mevani. The message emanating from the alliance with all three caste leaders from different domains was a bit confusing.

It will only be right to say that Rahul and Hardik Patel have bridged the gap between the Patidar community and the INC but have upset a few other prominent OBCs and Dalits.

It is evident from the results that the INC was almost there. It lost 16 seats with a margin of less than 3,000 votes and fell short of 12 seats to majority. If the INC and Team Rahul had not diverted from the script of development, social and cultural growth, and the new image of liberal Hindutva, they would have won the election by a good margin.

But it is still an impressive outcome as Rahul Gandhi was taking Narendra Modi head-on in his home State. The fight was not only about the image and might of two national leaders but also between the mighty campaign machinery of the BJP and yet-to-evolve campaign team of the INC.

Rahul Gandhi and Team INC fought their most challenging election battle without a well-prepared on-ground activation team and disciplined cadre.

The lessons from this battle will hold them in good stead.