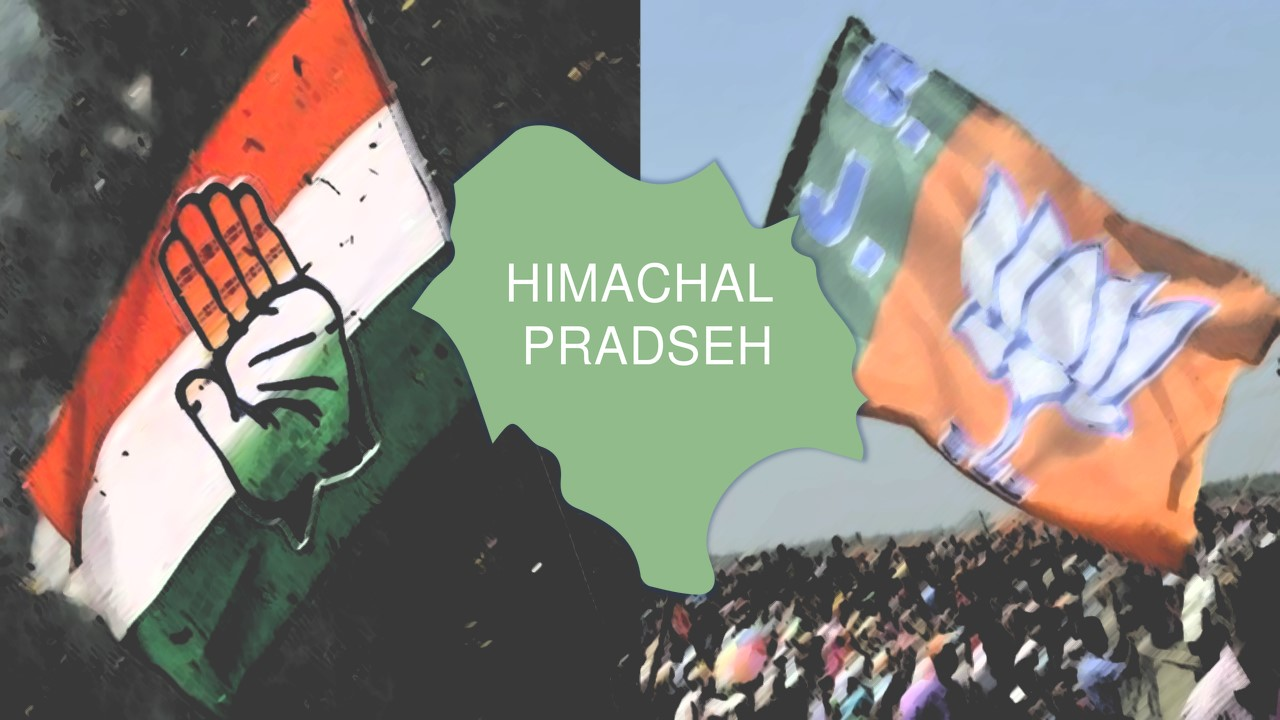 Himachal Pradesh is known to be a peace loving and lively State. This same reflects in its politics, which is markedly different from the other States in the plains of north and central India. The rivalry between incumbent and opposition parties is not that pronounced. The political parties in the State never dwell on extreme negativity. The fight is mostly healthy and straightforward. In the not-so-politically complicated State, winning elections is primarily a function of overcoming anti-incumbency.

The next Assembly election in Himachal Pradesh is scheduled on November 9. The incumbent government of the Indian National Congress (INC) has 36 seats with 42.8% vote share and the opposition Bharatiya Janata Party (BJP) has 27 seats with 38.5% vote share. The rest of the seats are divided among Himachal Lokhit Party (HLP) and independent candidates.

Though it is difficult to zero in on the winners now, the party that manages to win hearts of Kangra, Mandi and Shimla can form a government in the State. Among the 12 districts in the State, Kangra has the largest number of 15 Assembly constituencies while Mandi and Shimla have 10 and 8 seats respectively. Both the parties are campaigning extensively in these districts to ensure their victory.

A Straight Contest
The voters’ sentiments and vote share of the last three Assembly elections suggest that the dynamics of the Assembly election in Himachal Pradesh is very straightforward as it is one of the few States where there is a straight fight between the two largest national parties – the BJP and the INC. Since 1985, voters have been voting against the incumbent government and have never given their mandate to the same party for two consecutive terms.

If one were to go by this popular trend, the BJP is slated to come to power as the INC is ruling the State. This is also reflected in the India Today-Axis survey, which predicts a comfortable victory for the BJP in the State. According to the survey, the BJP could win back Himachal Pradesh from the Congress by winning 43-47 seats, while the Congress may trail with 21-25 seats in the 68-seat Assembly.

But if we closely analyse the data of the last three Assembly elections (see graph), there is roughly a four to five percentage points difference in the vote share of incumbent and opposition. Hence, reversing the trend is not a huge task for an incumbent government but that needs proper campaign planning and implementation.

It looks like that the current Chief Minister and face of the INC, Virbhadra Singh has plans to reverse the trend. He has planned his campaign well and is confident of leading the INC to a comfortable victory. Claiming that it is going to be a historic win for the INC, he says, “Congress will win 45 seats or even more. We will be forming the government. Our slogan is Mission Repeat 2017.” On the other hand, the BJP is also confident of its win.

Impact Issues
The key factors that will impact the elections are the face of the Chief Ministerial candidate, the role of anti-incumbency, rift within the party, and development.

Chief Ministerial Face: We are fast moving towards the era of leader-led election from party-led election. The face of the election is critical to generate momentum, give direction to the campaign, and connect to the electorate. Congress vice-president Rahul Gandhi has already declared Virbhadra Singh as the party’s chief ministerial face.

On the contrary, the opposition BJP has yet to announce any chief ministerial face. The party once again will contest this election on the credibility of Narendra Modi. It continues to trust the arrangement that gave them landslide wins in Uttar Pradesh and Uttarakhand.

Anti-Incumbency: If we believe the history of Assembly elections in the State since 1985, the BJP will win this election because the voters of Himachal have voted against the incumbent government.

Moreover, the incumbent INC government led by Virbhadra Singh is on a weak wicket, especially owing to the disproportionate assets case and deteriorating law and order. The State INC is also witnessing considerable infighting between Virbhadra Singh and Himachal Congress president Sukhwinder Singh Sukhu. This has affected the party’s electoral preparedness.

There is also a belief that since the INC won the Punjab election, it will have a positive impact for the INC in the neighbouring Himachal. This could be a factor and in fact, I believe that the presence of Captain Amarinder Singh will help the INC attract additional votes and arrest the impact of anti-incumbency. But this positive impact will at best neutralise the strong anti-incumbency.

Rift within Parties: The rift in the BJP is primarily between its two prominent leaders – Prem Kumar Dhumal and JP Nadda. The fight was to be the chief ministerial candidate but it has been managed by the decision of ‘fight the elections under the name of Narendra Modi’. The differences in the BJP have been resolved or suppressed quite well.

But in the case of the INC, the rift among its top leaders – Virbhadra Singh, GS Bali, and Sukhwinder Singh Sukhu — is out in open. Party vice-president Rahul Gandhi has tried to minimise the differences by declaring Virbhadra Singh as the next chief ministerial candidate.

Development: The important question that needs to be answered is if the incumbent government has done enough to impress the voters to vote it back to power. If the voters are not impressed, the opposition’s ‘no development’ card wins.

The election season in Himachal is warming up but both the key players are yet to open all their cards. The miniscule vote difference between the winner and the loser opens possibilities for both sides, which will make it a keenly contested election.