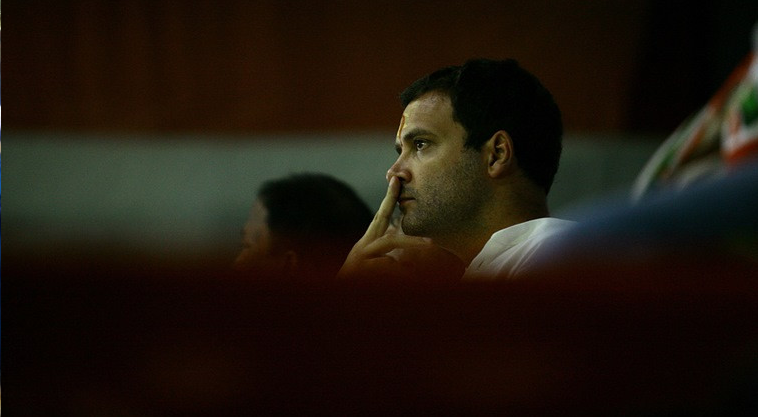 India has strong government in the center and we need needs equally strong opposition. The desire of strong opposition is just not my views or wish of millions of the politically active Indian but also the National General Secretary of BJP Ram Madhav also believe the same. Even ruling party demands a strong opposition.

Unfortunately, there is no strong opposition at center. There is no single party or an alliance which can counter the moves of the ruling party as a cohesive unit with an articulated narrative. Ram Madhav, also argues that for any Mahagathbandhan to succeed or to be taken seriously, need to have a coherent narrative. The coherent narrative is missing as each party of the so-called opposition has their own hidden agenda; they don’t have any defined plan or ideology; and the opposition don’t have a defined strong leader.

The age-old party Congress needs to start from scratch. It has to be a new beginning; this beginning can be independent of the Gandhis. The new age leaders of Congress would need a new approach, new leadership, new ideology, and contemporary agenda. Most of the political analyst believe that if congress need to emerge as the party of opposition, it needs to rework on the leadership, ideology, and reposition the brand congress from scratch.

It is important for congress to reinvent the party as it is fast losing the political ground, and voters confidence. Its ironical that congress as a party has been reduced to the politics of vote bank. The decline of the congress is witnessed from the results of recent assembly elections, and most of the local body elections results has shown that the Congress has been virtually decimated by the BJP. The decline of congress is apparent form the result of the recent Uttar Pradesh Assembly election where, congress managed to win seven seats, which is even lower than BJP ally Apna Dal’s which won nine seats. As we are witnessing the decline of congress and many other regional parties across India, we are also witnessing rise in the vote share of BJP in all the states where it has no presence, or limited presence. The decline in the importance of regional parties, and loosing grip of congress across India has created a scenario where we are not witnessing constructive opposition. It will not be wrong to say that we are back to the era of spineless opposition. The only difference is this time the opposition is congress and other regional parties.

In my views, the gradual decimation of congress from Indian politics is bad news for India and the idea of Indian democracy. Congress need to focus on the constructive opposition and argue around issues which are non-religious, beyond caste and regionalism, issues that talks of development, corruption, women security, terrorism, intolerance, riots, etc. I believe that this is the time for the opposition to unite and restructure. It is time to re-work on the ideology, and reposition themselves.