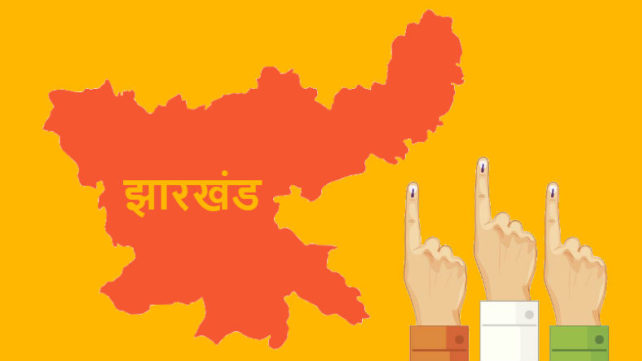 In 2014 for the first time Jharkhand witnessed an alliance getting a majority government with BJP winning 37 seats (in 2015, 6 MLAs of Jharkhand Vikas Morcha (JVM) had joined the Bharatiya Janata Party (BJP) taking the party tally to 43) and the alliance partner All Jharkhand Students Union (AJSU) winning 5 seats. This was the first majority government since the inception of the state and it had raised the expectation of the voters.

The 2014 verdict was an opportunity given to its first non-tribal chief minister of Jharkhand – Raghubar Das to change the fortune of the tribal state. If I must go with the popular sentiment, he failed to meet the expectation of the voters. Post facto, the sentiment in the state is that the Tribal leaders like Hemanth Soren, Arjun Munda, Babulal Marandi ruled the state better than this non-tribal chief minister. Contrary to popular belief the party is of the opinion that, Raghubar Das has been a protagonist of development in the state; and he is the most popular face in Jharkhand politics. This overconfidence may prove to be an expensive affair for BJP. In all fairness, it will only be apt to say that the voters of Jharkhand are not happy with Raghubar Das but they have nothing against Narendra Modi, or the party BJP.

In 2019 Lok Sabha elections, BJP defied the collective might of opposition alliance and improved its vote share from 35.5 percent to over 50 percent. It is widely believed that the rise in the voteshare was a function of the popularity of Narendra Modi. Most of the political analyst if not all in the state believe that though the party in parliamentary elections won 12 seats out of 14 in the state, but the discontent from the local leaders was visible in the conduct of the voters.

It is an established fact that Indian voters are intelligent, and they know how to reward and punish the political leaders and political parties. The voters of Jharkhand are evolved and believe in punishing the leader for the nonperformance as they did in 2014 assembly election. In 2014, Babulal Marandi lost from both the seats he had contested, Hemant Soren lost Dumka seat but managed to win Berhat, Arjun Munda faced a humiliating defeat, Sudesh Mahto lost at his home turf. The voters of Jharkhand punished ex-chief ministers in last assembly election, but they rewarded prime minister in the recently concluded parliamentary elections.

Where do we stand?

At the outset it looks like BJP and alliance partner AJSU has the upper hand and as the second largest national party, INC has no mass leader in the state. In absence of a strong mass leader INC is banking on Hemant Soren of the JMM to do wonders for the alliance. JMM on the other hand is desperately trying to retain the party’s core vote base – STs. The third critical political force in the state election JVM is banking on the combined might of Babulal Marandi and the disgruntled leaders of JMM, INC, and BJP. These three prominent political entities in the state will decide the future of the 2019 election.

In recent times, INC has lost its two former party presidents to the rival parties – AAP and BJP

In absence of a prominent opposition it is going to be a little easy for BJP to retain power but there is a chance for the opposition to win back the state. I believe, only if the opposition can create a groundswell based on popular sentiments like bad governance of Raghubar Das, trial issues around Jal-jameen-jangal, ignored Brahmins and Kayasthas, and all big talk by Raghubar Das and no development they can stitch a tight win. Otherwise, in Jharkhand in absence of a capable alternative the voters of Jharkhand will vote for BJP.

In the given scenario, if the opposition manages to run an intelligent campaign based on theme – one, Jal-jameen-jangal to ignite the ST sentiment; two, influence disgruntled BJP voters with campaign like “Raghubar Teri Khair Nahi, Modi se Koi Baair Nahi” not to vote for Raghubar Das or avoid going to booth on the polling day; three, dissuade Brahmins and kayasthas by campaign designed around “Brahmins and kayasthas ka Dushman – Raghubar Das”; four engage Muslims and SC votebank by running a silent campaign “We are the only Hope” they can ignite the latent feelings of the voters, overturn their sentiment. But, unfortunately the opposition has no great mass leader to run the campaign.

The bigger challenge is neither INC nor the alliance partner JMM has any mature or dependable face. The alliance is expected to depend on the face value of Hemant Soren to pull the election campaign in the right direction. But in my views, Hemant is yet to mature as the dependable force of Jharkhand Politics. He is still a mass leader in making. The alliance lacks a dependable face like Sharad Pawar in Jharkhand to spearhead the opposition’s campaign. In absence of the mass leader the opposition campaigns need to be managed by the voters and volunteers and not by the leaders of the party. The leaders should only support them and agree to the voice of voters. It is important to understand that when you don’t have mass leader who can carry the burden of the campaign, make voters your star campaigner.

As on date, the voters of Jharkhand are not happy with Raghubar Das and state-BJP, but they don’t have any strong alternative. The opposition in the state is fragmented and two of the large leaders – Hemant Soren and Babulal Marandi are fighting their last battel of survival. If the grand alliance had all opposition parties – INC, JMM, JVM and others, Jharkhand could have got another stable government in 2019. As JVM is not part of the grand alliance it will play the role of an intelligent spoiler. The current situation may throw up a surprise where JVM will end up emerging as the party that will decide the future chief minister of Jharkhand.