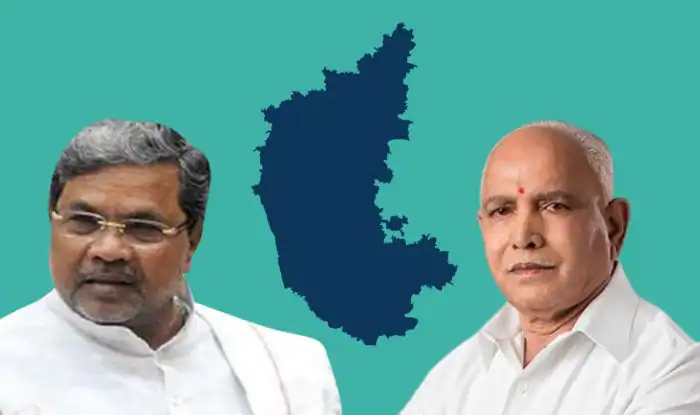 During the last Assembly elections in Karnataka, the BJP was a splintered house and this made the task of the INC easy. In fact, the BJP in Karnataka, for long, has been struggling with leadership issues between BS Yeddyurappa and KS Eshwarappa. This has also damaged the morale of the party workers in the State.

But in recent times, the leadership issues in Karnataka have been managed very well. The BJP in Karnataka is now not just a party of BS Yeddyurappa and KS Eshwarappa. Other leaders like HN Ananth Kumar, Jagadish Shettar, DV Sadananda Gowda, R Ashoka and S Suresh Kumar have also gained prominence, thereby broadbasing the party’s leadership in the State.

Nurturing Leadership
Moreover, after the last Assembly elections, the BJP central leadership tried to resolve issues by nurturing young leaders and attracting prominent mass leaders from the INC and the JDS. The party has attracted many heavyweights like SM Krishna – one of the tallest leaders of Gowda community, Srinivas Prasad – a prominent Dalit leader, Jaya Prakash – a strong Bunt leader and Kumara Bangarappa – a popular leader of the Idiga community.

If all its leaders work in tandem, the BJP can get close to forming a government. They may still need to join hands with a few independents or JDS to form a stable government.

Fading Fortress of JDS
The biggest challenge for the JDS is its positioning. The JDS is considered as a party of a single community – Vokkaligas, run by a political family. This positioning, one one hand is its biggest strength owing to its vote bank, but on the other hand, hampers its growth and stops it from emerging as a pan-Karnataka party.

While we are witnessing the rise of regional political parties across India, Karnataka is witnessing a decline in the popularity of regional parties. The JDS, the only prominent regional party in Karnataka, has reduced itself to a party of agriculture and Vokkaligas. Its core vote bank — the Vokkaligas — too seems to be shifting their loyalty as they see the rise of DK Shivakumar in the INC. Moreover, urban Karnataka believes that HD Kumaraswamy is not a very progressive leader.

It is also popularly believed that the JDS leadership is losing control over its local leadership. The same is reflected in the conduct of MLAs Zameer Ahmed Khan, Akhand Srinivasa Murthy, Balakrishna, Chaluvarayaswamy, Bheema Naik, Iqbal Ansari and Ramesh Bandisiddegowda, who voted against the party guidelines during the last Rajya Sabha elections. These rebel MLAs have decided to shift to the INC. The rebel leaders have raised issues related to the growing perception of it being a family run party and its leadership. Amid all these controversies, the party has lost a good number of mass leaders and voters’ trust.

But this is not the first time that the JDS is facing such challenges. In the past, the core vote bank of the party had backed former Prime Minister Deve Gowda despite odds. The leadership of Deve Gowda has been the biggest strength of the party. I am sure that in the ensuing election too, with the help of his loyal followers, he will manage to retain most of the current Assembly seats.

The JDS enjoys a strong vote share in Mandya, Mysuru and in the Hyderabad Karnataka region but has little or no presence beyond these regions. Though the party has scope to do well under the guidance of Deve Gowda, it is not innovative and aggressive enough. It is reluctant to explore new equations to win additional vote bank.

The Next Election
The next election is going to be an intense triangular fight among the INC, BJP, and the JDS. A pre-poll alliance is mostly a big no for all political parties but a post-poll alliance may be an option.

If one were to go by the popular sentiments, we are likely to witness a hung Assembly and JDS and INC will join hands to form the government. But politics makes strange bedfellows and I believe that it will be BJP-JDU government and not an INC-JDU if there is a hung Assembly.
An arrangement between the BJP and JDS sounds impossible as we all believe that BS Yediyurappa must not have forgotten the betrayal of HD Kumaraswamy. But we must understand that Deve Gowda and Kumaraswamy are seasoned politicians and they would align the political equation to their benefit. The BJP central team will also not let go of the opportunity and find out a win-win for both Kumaraswamy and Yediyurappa.

Most importantly, it will be advantage JDS if they join BJP in case of a hung Assembly. The BJP-JDS combination will be a win-win alliance for municipality, State government, as well as for the Centre.