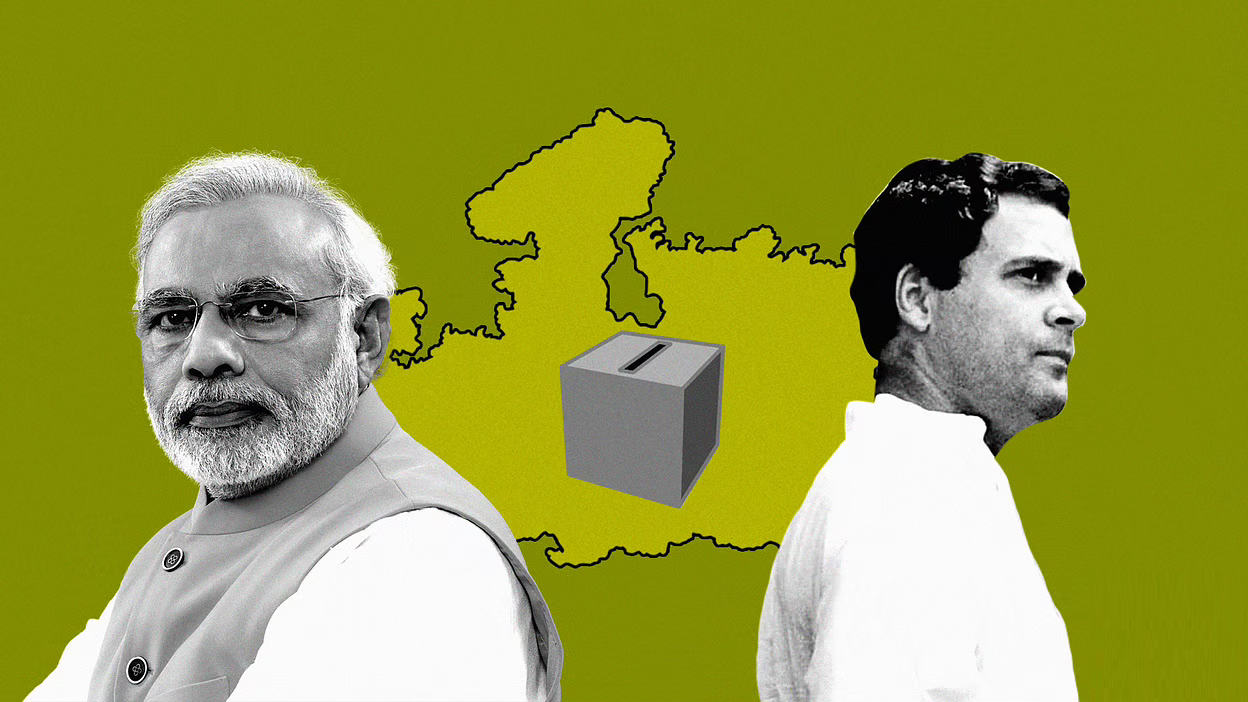 Madhya Pradesh is one of the key States of the Hindi belt, which sees a direct contest between the BJP and the INC. It is yet another State that has seen a strong BJP government for three terms and the INC has been struggling to claim the State back.

Even after the Gujarat debacle, the INC has not learned the art of communication and its communication in MP is as confused as it was in Gujarat. The popular perception suggests that the theatrics of temple run will not help it in Madhya Pradesh just like in Gujarat. This is one of those dramas that voters enjoy but don’t consider while voting.

Just like Gujarat, the caste and communal equation in MP is beyond the politics of the Hindu-Muslim divide. It is about winning each caste separately, including SCs and STs. A majority of voters of Madhya Pradesh, in their 40s and 50s, still have fresh memories of bad governance of INC Chief Minister Digvijay Singh. Voters of MP may not like Chief Minister Shivraj Singh Chouhan of the BJP but they for sure still hate the INC. So, what is the mood in the State?

No clear alternative
It is widely believed that there is a strong anti-incumbency of three terms but the voters of the State are not in a position to find any clear alternative. Like in Gujarat, in MP too the INC has failed to identify one single face that can challenge Shivraj Singh Chouhan and build a credible narrative for the party.

A defined alternative will help the INC win more vote share than the state of ambiguity. It will not be wrong to say that in the absence of a clear choice, voters are still backing Chouhan as the preferred chief ministerial candidate. The problem with the INC is it has not yet declared its chief ministerial candidate despite having four candidates – Arjun Yadav, Digvijay Singh, Kamal Nath and Jyotiraditya Scindia.

At times, one gets a feeling that the INC is planning a decisive, focused and determined campaign, especially since there is some amount of anti-incumbency and an opportunity for the party to cash in.

‘Unhappy’ farmers
Farmers’ concerns are the biggest political pitch. The party that manages to win the trust of farmers and has answers to suicides and offers good policies related to farm and farmers will have an edge. Further, the party with strong grassroots workers — who can take the message of the party to the farmers and the rural households — will hold an advantage.

Scams aren’t big issue
Big scams such as Vyapam, sand mining, dams and ponds, mid-day meals have still not hampered the image of Shivraj Singh Chouhan. He is still seen as progressive, development-oriented, humble, down to earth and man of the masses. It is the failure of the INC to build a successful groundswell around these large scams.

Soft Hindutva bad strategy
Madhya Pradesh can’t be polarised on the Hindutva agenda. The position of hardcore Hindutva leader is already occupied by Shivraj Singh Chouhan and soft Hindutva will not work. I wonder why the INC is not focusing on the issues of development, big scams and other progressive issues that attract eyeballs of the millennial.

Caste plays a big role
The positioning of the INC as a party that believes in soft Hindutva is not an effective positioning. Madhya Pradesh prefers to votes for caste. Religion is not the core issue here. Roughly 60% of the voters evaluate the caste before casting their vote. Caste-based social engineering is key to the success in the State.

ST, SC central
In Madhya Pradesh, STs, SCs and Muslims (roughly 21%, 15% and 6% respectively) are the big vote banks of the INC. The State has a strong ST and SC population, which is a traditional vote bank of the INC, but the BSP has been successfully consolidating them to its advantage.
Moreover, the BJP has been working hard for the last few years to win over these voters. This move has disturbed the traditional vote bank of the BJP — upper castes and OBCs — but this may help the BJP win over a new set of ST and SC voters.

Alliance was key
The tribal vote has a strong presence in 35-40 seats in MP. In these tribal-dominated areas, the combined might of the INC and the BSP would have won almost all seats but now that the INC and the BSP are not together, the result will be different. Moreover, the voting patterns in the last three Assembly elections indicate that the INC has a loyal voter base of over 30%, the BJP enjoys 35%, and the BSP roughly 5%. This basic arithmetic of voter’s loyalty suggests that an alliance was one of the safest ways for the INC to romp home.

Fence-sitters
The win and loss in MP will mostly be decided by fence-sitting voters who decide their preference in the final leg of the election campaign. In such a scenario, the last leg of political campaigns will change the dynamics of the election result. The BJP with the political campaign expertise of Modi and Shah, and the positive image of Shivraj Singh Chouhan will be able to challenge the INC once again. Well-crafted campaigns of Modi and Shah in last 15 days could swing a minimum of 5% voters to their fold.