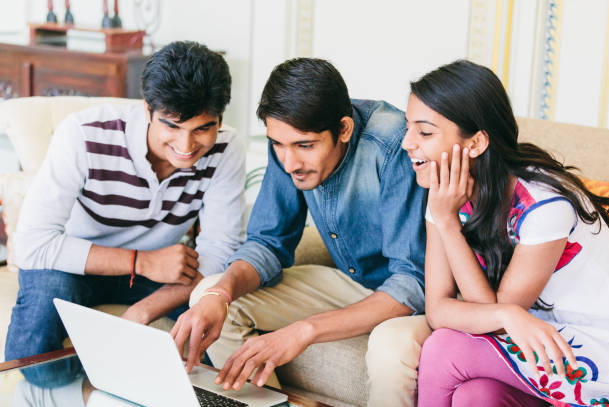 Millennials Key to Next Government

With about 34% or 400 million of the country’s total population, political parties will do well to address their needs

Kiran is an IT professional, who works at Google and holds a postgraduate degree from a leading US university. She is an early adopter to technology, doesn’t hesitate to present her views on social media and engages with the other millennial on them. Born in Ranchi, she has also studied in Ranchi and Delhi. In Hyderabad, she lives with her friend. She orders food home, buys fashion online, hires a shared cab for her daily travel, watches movies once in a while with friends, and visits temple every Saturday. She is a young independent woman who is proud of her culture, religious views and tradition. She is also aware of her rights and duties as an Indian citizen.

On the other hand, 25-year-old Reshma doesn’t believe in early marriage, strongly advocates the right to education, is very proud of her religious views and tradition. She is an amateur cook and makes her living by cooking at three different houses in the Gachibowli area of Hyderabad. Reshma goes to PVR for movies with family, orders her fashion on Amazon; has an active presence on all social media sites that she accesses on her Redmi. She is a young independent Indian woman who is brand conscious, proud of her culture, religious views, rights and duties as an Indian citizen, including the power of her voting right.

A few basic traits of Reshma or Kiran, or any other millennial from any part of India make them a dominant force that is reshaping culture, business, and politics. The Indian millennial does not mimic their older generation when it comes to taking important decisions such as voting. This generation is development-oriented and does not blindly believe in an old-political twist of caste and religion. It believes in result-oriented politicians and the politics of growth and development.

Internet Generation
Millennials, the generation born between 1980 and 2000, have grown up in an age of rapid change. The incessant change this generation has witnessed has made them demanding.
Millennials spend around 17 hours a week on the internet and widely use digital methods to research a product before taking the final decision. Their decisions are not necessarily based on online reviews or ar einfluence by social media channels but are mostly a function of in-depth research. It is also based on the availability of information and the convenience of reaching the product.

Thy want the best in the world at their fingertips. Their expectations and priorities are completely different from those of the older generations. This generation is also extremely opinionated and desires authentic conversations. Reaching millennials through advertisements and brand marketing is not enough for they do not appreciate a just on-the-surface monologue and wants to engage in a dialogue. In fact, it will not be off the mark to say that marketing and branding agencies have not matured in their communication to win the heart and mind of this generation.

Millennials seek instant gratification from almost everything, right from information to entertainment, shopping needs to political decisions. They have become the juggernaut that enjoys the power to rewrite the culture, influence the way businesses are run and change the direction of the politics. It is extremely important to understand their preferences and be their companion just to be relevant.

Millennial and the post-millennial generation makes up a clear majority of voting-eligible adults in India. Their voting share in most of the States in India is over 45%, thereby holding the key to the success of any election. This vote share does not belong to any of established political equation or political parties. They are in search of new dynamic leaders and political parties, which can take them to the next level of growth.

Political parties need to work to capture the changing aspirations of the millennials, their voice of development. Simply relying on anti-incumbency, polarisation, caste equations and hypernationalism is unlikely to help.

Changing Politics
The ambition, anger, attitudes, anxieties, and aspirations of millennials in the recent past have played an active role as citizen, consumer as well as catalyst in shaping the political environment of India.

We saw their power when they took to the streets to protest and support socio-political issues that were spearheaded by Arvind Kejriwal, Hardik Patel, and others. We have also witnessed how this generation supported Narendra Modi as a Prime Minister candidate in the 2014 election.

The election season in India is about to start shortly. Five States – Chhattisgarh, Madhya Pradesh, Mizoram, Rajasthan and Telangana — would go for Assembly elections in November-December. The story to win the heart and mind of these ever curious, demanding, and volatile voter segment would change with States but their dominance must never be ignored.
In all these five States, the win or loss of any candidate or a political party will be decided by the voting patterns of the millennials and the post-millennial generation. The party that manages to meet the demands of this generation would form the government in these State.