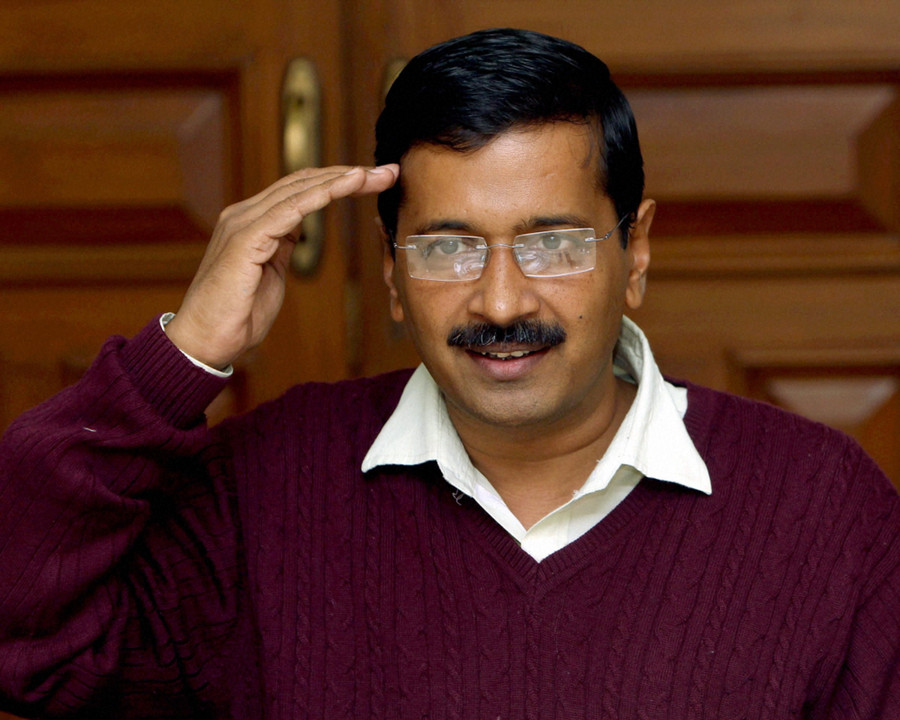 Arvind Kejriwal is a quick learner, he initially copied the BJP’s game of social media and politics and taught them how it should be done. Arvind Kejriwal and AAP used all possible social media channels and just not Facebook and Twitter. AAP also used Quora for answering questions, Mango App for broadcasting speeches and messages and YouTube channel like TVF.

Arvind Kejriwal also managed to create an impression of a brand which shares every possible detail with its audience. He chose to use social media to communicate with his audience. The website of Aam Aadmi Party clearly highlights details of every funding they receive, doesn’t matter how small the amount is. This level of transparency and honesty helped AAP in winning the trust of people. AAP with its image of honest and transparent party managed to attract huge followers with a mere funding of INR 20 crores. These followers were just not following various Facebook and twitter accounts but were active and engaged. It will not be wrong to say that they were active digital volunteers for the party.

Arvind Kejriwal was successful in transitioning the followers of Anna’s movement to AAP supporters. This transition helped Arvind Kejriwal in developing a strong brand and huge political following. A small investment on the social media helped AAP and Arvind kejriwal win huge engaged followers base on Facebook and Twitter. This was also possible because of the correct communication strategy used by team AAP and Arvind kejriwal.

It is very important for any successful personal brand to understand that they need to communicate with their audience in the language of the audience, at the medium of audiences’ choice. If it’s not managed well the whole communication plan will be of no use. Arvind Kejriwal, from the very beginning clearly understood the pain points of the masses and in his every communication he touched the pain point effectively. The success of Arvind Kejriwal’s communication strategy can be seen in the social media engagement score. In general, the success on social media is measured by the number of followers or likes, but Arvind Kejriwal clearly proved that people engagement is actually the true measure of success.

The good thing that happened for the Arvind Kejriwal’s story is building of a brand around the story of ‘Power of Common Man’. As common man started trusting and associating with the leader they genuinely followed him and started engaging with him on social media platforms. The followers or likes were not bought by running promotional campaigns. These followers or likes were genuine advocates of brand Arvind Kejriwal.

Arvind Kejriwal’s popularity and positive image nosedived after he joined hands with congress to form his first government, and walked out of the government in 49 days. He was criticised by established political parties and was shamed by calling politics of ‘shoot and scoot’, ‘hit and run’, ‘name and shame’. Arvind Kejriwal’s guerrilla tactics have shaken the political class when he decided to renew his campaign by offering a sincere apology to people through his Facebook and Twitter pages. The apologies note was widely shared and retweeted. This apology note helped Arvind and AAP come back in the race. The script – ‘Power of Common Man’ worked once again. The voters were shown the human and honest side of the politician, which they had not expected from any political leader. This social experiment on social media worked well for Arvind Kejriwal proving that social media and politics go hand in hand.

Arvind Kejriwal and the AAP openly declared war against the other parties on social media. They used Twitter hashtags as weapons. The classic example is the #mufflerman hashtag which was created by opposition to mock Arvind was used effectively by the social media team of AAP to put pro-AAP tweets and turned into a weapon which trended for over 14 days.

AAP kept a close watch on the voter sentiments through social media & other means & continuously modified their campaign tactics and strategy thereby running a very cost effective campaign against well-funded campaigns of the BJP.

The other major social media communication success was sentiment analysis for studying thousands of Twitter and Facebook accounts of AAP followers, BJP followers and Neutrals to politics. This exercise helped Arvind Kejriwal keep the tone of messaging right. It also helped them in modifying the communication as and when needed.

The social media sentiment analysis helped them understand the groundswell and develop positive and pro-party messaging. The message also worked well as they were not mocking messaging or hate politics messaging. The communication was loved by people because voters were getting what they wanted.

Arvind Kejriwal, the front man of AAP, made it clear in every communication that if they find their team members indulging in corruption they would straight away cancel his/her election ticket. And, such incidents did happen when people reported to AAP authorities that some of their candidates are corrupt, and in the response, AAP cancelled their assembly tickets