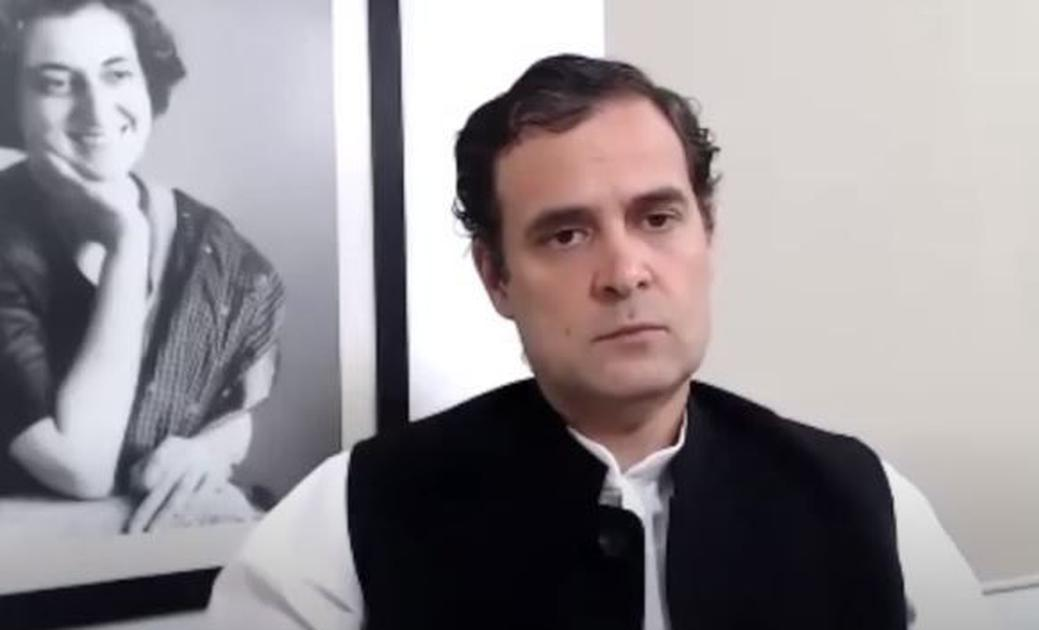 In 1998, Sonia Gandhi inherited a very weak Indian National Congress (INC). The party was in power in a mere four States, though it still had 114 MPs in the Lok Sabha. Under her leadership, the party won 14 States in the very first year. She helped stitch alliances with political parties that shared diverse political ideologies and guided the INC to victory in the 2004 and 2009 Lok Sabha polls.

The task wasn’t easy for Sonia since she was not a natural politician. In fact, it will not be wrong to say that she too was a reluctant politician just like Rahul Gandhi but after she took charge of the party, she emerged as one of the finest politicians of our times.

The most commendable characteristic of her political journey was a deliberate attempt to maintain a low profile and avoid any ad hoc remarks, both in public and private conversations with party members. This helped her escape all negative political dialogues.

Little Growth
Her second most important characteristic was not challenging the established political set-up. Instead, she chose to optimally utilise the experience and loyalty of her core team — Pranab Mukherjee, Arjun Singh, AK Antony, Ahmed Patel, Janardan Dwivedi and others. This team, nurtured by Indira Gandhi and Rajiv Gandhi, virtually ran the party on her behalf.

It won’t be off the mark to state that while Sonia survived on the core team for over two decades, she did not focus on building new leaders. This myopic act created a huge leadership deficit across the party, both at the Centre and State levels. Resultantly, today the party is devoid of expertise and loyalty of young and dynamic leaders, which used to be forte of the INC for ages.

Though the party, in the last two decades, under her leadership increased its vote share and presence, it was not achieved just on the merits of INC. It relied on the political arithmetic of smart alliances with regional political parties. The party has also lost credibility over a period of time.

In Bad Shape
Rahul Gandhi has inherited a party that is far worse in shape than it was when Sonia took over. So, Rahul has a tough task at hand to reverse the electoral fortunes. He needs to build the party and cadre from the scratch and instill optimism and hope in them.

When Sonia Gandhi took charge, there were no major corruption charges against important INC leaders. The Nehru-Gandhi family was also not tainted by corruption. Today, the party is stuck with multiple corruption charges and many of its leaders figure among the accused.

So, while Sonia succeeded in rebuilding the INC as a clean, progressive party, the task for Rahul is tougher. He will have to rebrand the party and its image from scratch. This will not be easy since the key leaders during the term of Sonia Gandhi are now aged and at best be his advisers. Rahul will have to build his new team.

Changing Expectations
The dynamics of politics in India has changed over the years. We are now experiencing the rise of young voters who vote at the intersection of caste-religion and development. The INC is still far away from understanding this new dynamics. The party desperately needs young leaders who can sync with the changing political landscape.

Hopefully, things will change soon as Rahul has made it clear that he wants to change the existing set-up and shepherd greater inner-party democracy. He has also started building his own team and that’s why leaders like Mohan Prakash, Madhusudan Mistry, Raj Babbar, Randeep Surjewala, RPN Singh and Divya Spandana are in the forefront.

Moreover, to bring in the best of the leaders, Rahul is espousing internal democracy in the party. The idea that he tested in the Youth Congress in the past will hold him in good stead.

Rebuild Party
When Sonia took charge, she did not have any political image. But Rahul has an image, and he is mostly seen as a politician who lacks charisma, seriousness, depth and leadership qualities. He is considered a reluctant politician. It is critical for the INC and Rahul to break out from this image built by political rivals.

Rahul Gandhi will have to activate the frontal party organisations and build a strong cadre, which is no mean task. It is a known fact that the INC has over the years lost its connect at the ground level. The party has a frontal organisation — Congress Seva Dal — which needs to be strengthened across all wards and panchayats in India.

Rahul Gandhi cannot bring about an instant transformation but he needs to start the process of building the INC cadre. At present, signs of confusion among the cadre and the loyal INC followers are at its peak. This is natural since the INC strength has dwindled to 44 in the Lok Sabha and it has lost almost all major States except Meghalaya, Mizoram, Puducherry, Karnataka and Punjab.

New Hope
The INC is going through its lowest phase and but isn’t the night darkest before the dawn? Perhaps, this big dip offers the opportunity to ring in change quickly and cohesively. The party needs radical and innovative changes for infusing confidence among its cadre and regaining the trust of the people.

With Rahul Gandhi taking over as the president of the 132-year-old INC, there is a new enthusiasm among its cadre and loyalists. At the same time, there are apprehensions about how the party will shape up under his leadership. The true test of Rahul Gandhi will be to leverage the new enthusiasm and use it as a springboard to revive the INC.