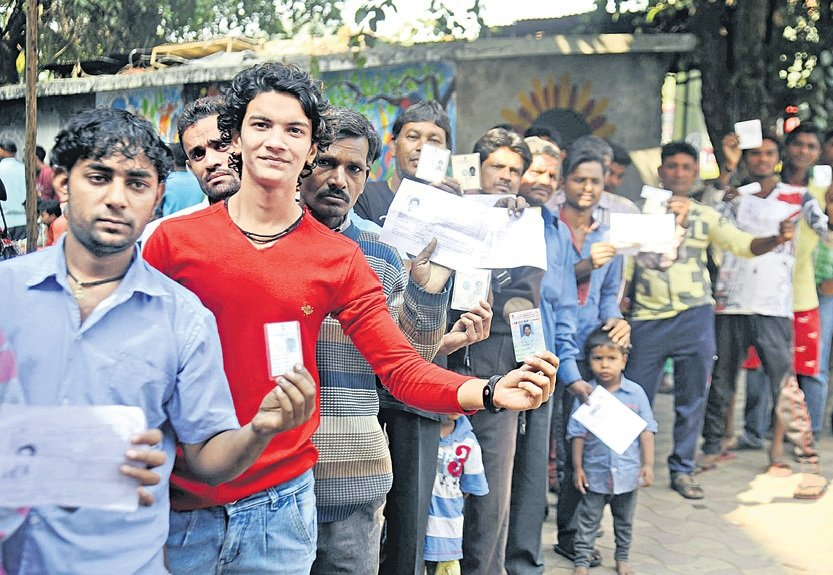 Meghalaya will elect its new Assembly on February 27. The 60 Assembly seats of the State, on an average, have 30,000 voters, which makes the election dynamics interesting and quite different from big Assembly seats that have about three lakh voters. The dynamics of Assembly election in Meghalaya can be compared with any big municipality election, viz Mumbai or Delhi municipality election. It is mostly won by the charisma of local leaders and micro-management of the campaign. A closer look at the voting pattern in the last five Assembly elections reveals that most of the Assembly seats are influenced by local leaders and national parties have very little influence. Even star campaigners of national parties have little impact.

Political Scenario
The State is dominated by many parties, including the Indian National Congress (INC), North East Social Democratic Party (NESDP), United Democratic Party (UDP), Nationalist Congress Party (NCP) and Hill State People’s Democratic Party (HSPDP). The regional parties have a sizeable presence and owing to the strong presence of multiple national and regional parties, the State always gets a fractured mandate. No single party has got a majority in the last four decades. The government is mostly formed by INC or UDP in alliance with independents and other like-minded parties. The political chaos is set to rise to the next level in this election for it will see the rise more political parties like the Bharatiya Janata Party (BJP), National People Party (NPP), People Democratic Front (PDF) and the Aam Aadmi Party (AAP).

Exodus Impact
The confusing political landscape can be seen in the mass exodus of political heavyweights. While prominent leaders from the INC have joined the NPP, BJP, PDF and other political parties, a good number of independent MLAs and leaders from other political parties have joined the INC. It is widely believed that this exodus will benefit NPP, PDF and BJP and may tilt the results their way. But I do not quite agree with this theory. The impact of the high-profile exodus can be minimised by the INC by intelligent selection of the young, assertive and local candidates.

NPP as Challenger
The NPP now has a strong presence in Khasi and Jaintia Hills as several leaders from other parties have joined it. This has helped the NPP gain reasonably in the Garo Hills, which till the last Assembly election was an INC bastion. But the success of the NPP will largely depend on the performance of all of the defected leaders. If all these leaders perform well and influence the voters, we might see it forming the next government in Meghalaya.

Development Mantra
In this election, the voice of change is strong. The promise of change is based on the most potent tool for winning elections — development and voice against corruption. Moreover, parties like the NPP, BJP, AAP and the PDF are working hard on the ground to make maximum gains. Recently, NPP supremo Conrad K Sangma exuded confidence that the “NPP would not be the single largest party but will win majority.” All regional parties believe that people are done with the INC and so, they are in a position of strength.

After winning Assam and Manipur, the BJP is trying hard to win Meghalaya. The party is banking on the popularity of Narendra Modi, development mantra and wiping out corruption. But it is struggling with the politics of beef ban, cow slaughter and after-effects of demonetisation and GST.

All Is Not Lost
It is evident from the past performance of the INC that the voters of the State prefer the INC over all other parties. The INC has always been the single largest party here and it enjoys a dominant vote share of 30%. There is a strong belief among political enthusiasts that the dominance of INC may be challenged in this election and the rise of new players like AAP, BJP and NPP would change the political landscape.

Given its ground strength, it will not be right to pronounce the fall of INC in Meghalaya. The political acumen and the shrewdness of Dr Mukul Sangma also should not be underestimated. He knows how to play his cards to reap maximum advantage. He is the only Chief Minister after SC Marak to have completed a full term in office and that speaks volumes about his political acumen. The unorganised opposition is banking on development and corruption charges but no one has shared details of the corruption. That makes the opposition argument hollow and voters may not buy that Dr Sangma is corrupt, though they may question the government on development issues. So, Dr Sangma will have to come up with a strong narrative on development to counter the opposition.

Fresh Start
An astute politician like Dr Sangma is a huge asset for the INC in Meghalaya. He needs to see the mass exodus of the leaders and declaration by senior politicians about retirement from the active politics as an opportunity. He can project this election as a fresh start for the INC in the State. In fact, winning elections with a set of new face is not a tough task provided the candidate selection is intelligent. This move will also help INC overcome anti-incumbency. The huge split in votes among multiple parties will also work to the advantage of the INC. The fight will be intense in Garo hills, which will provide ample opportunity for the INC to win maximum numbers of the 24 seats in the region. If Dr Sangma wins Garo hills, the INC will once again be the major player in Meghalaya.