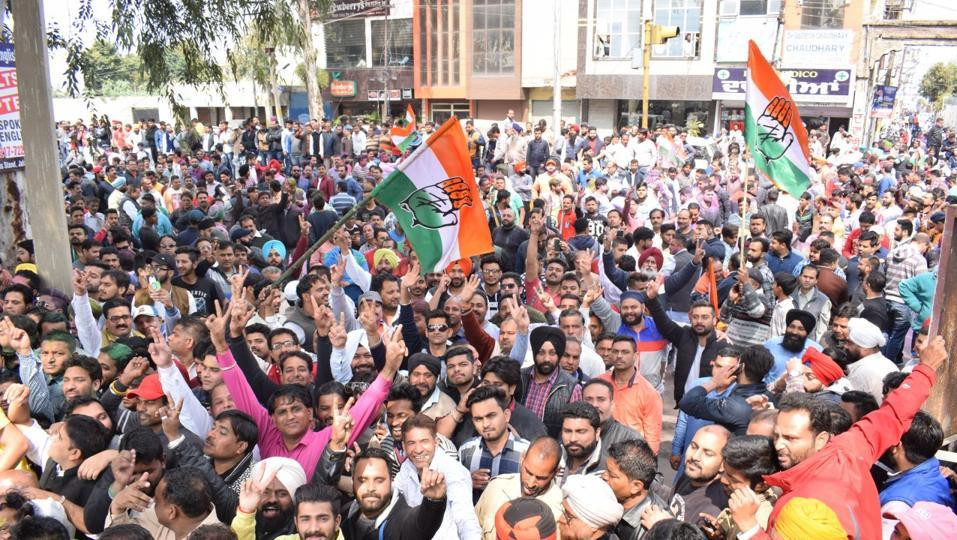 Dalits have traditionaly aligned themselves with the Congress ideology. It will not be wrong to say that dalits were and still are one of the largest vote bank for congress.

The dalit vote bank started to deflect from congress roughly three decades back. This major change in the indian politics started when various small and niche parties like BSP, LJP, and others identified the fact that Dalits are one of the largest vote bank and started focusing on Dalits. This resulted into a sharp division of dalit vote bank between the congress and other niche parties.

The dynamics of dalit vote bank changed once again when BJP started focusing on the largest voters block – Dalits. It will not be wrong to say that till recently, BJP was not in the game of Dalit Vote Bank Politics but a few intelligent moves by Shah and Modi has divided the vote bank further more into the Congress, niche parties and BJP.

The various Pro-Dalit moves by BJP has helped it win a small segment of key Dalit vote bank. It can be seen as a big challenge to the dalit vote bank dominance by all niche parties, and Congress. The biggest blow was seen in the last UP election when a small shift in a dalit vote bank had made BSP absolutely irrelevant.

The impact of this change is not only seen on ground but also has changed the evolving political equation – ‘Mahagadbandhan’. It will not be wrong to say that the chang in dalit vote bank has forced Nitish to shift sides. Nitish realised that this new Pro-Dalit and Pro-Poor narrative will wipe out JDU in the 2019 Lok Sabha elections the way it wiped out Mayawati and BSP in 2017 UP Assembly Election.

Thus, rather than becoming irrelevant to politics it is better to align with the winning team. Congress needs to act on Pro-Dalit and Pro-Poor, and they need to act now!

It will not be wrong to say that if Congress can unite Dalit vote bank they will not only win the overall vote share but also will be in position to unite Opposition. The task is not tough as dalits were one of the largest vote bank of Congress and still it is the largest support base for Congress. All that congress needs to do is reunite them back into one single block.