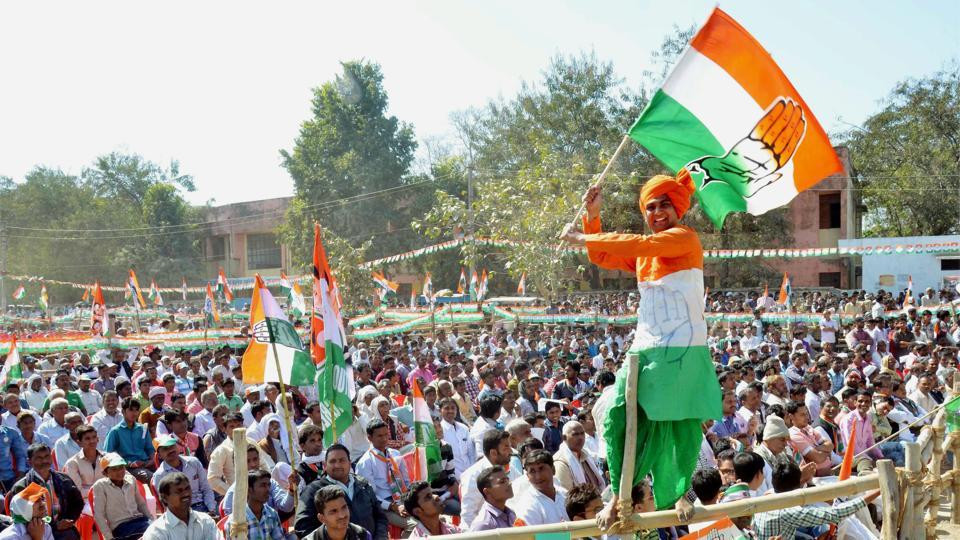 Congress has been a party of charismatic leaders. Leaders who enjoyed ‘Demi God’ status. The charisma of these national or regional leaders was unparallel. The history of Indian National Congress is testimony to larger than life leaders like Mahatama Gandhi, Jawahar Lal Nehru, Sardar Patel, Indira Gandhi and others who in their times enjoyed the Demi God status.

One can argue that those were the golden days of past and they have not experienced the charisma and following of those ‘Demi Gods’. Yes, most of us may have not witnessed the mass following and charismatic leadership qualities of the tallest leaders of Congress but probably most of us have witnessed or are witnessing the rise and popularity of leaders like Rajiv Gandhi, Sonia Gandhi, Y. S. Rajasekhara Reddy, PV Narasimha Rao, and many others contemporary leaders.

It will not be wrong to say that leaders and their following has been the strength of Congress. These leaders who enjoyed larger than life image and mass following have not only built the party – Indian National Congress but in last few decades have been instrumental in formation of many regional parties. We have

witnessed the emergence of a few strong regional parties like TMC, NCP, YSRCP and others. The founders of these party were once strong Congress leaders. The leaders like Mamta Banarjee, Sharad Pawar, Jagan Mohan Reddy who once were the leaders of Congress but now they have their own regional parties. The reality of these leaders remains unchanged! They at core are still Congressi.

Congress unlike BJP which is karyakarta based party always believed in building strong leadership. Congress has always been a top-heavy party and BJP with the support of RSS is a karykarta based party. It will not be wrong to say that both national parties have their own unique strengths and that is the core of the respective parties.

Coming back to Congress, it will only be correct to say that Congress has been a party of great leaders who were or are known for the mass connect. On the one hand, BJP in absence of huge mass leaders who have attained ‘Demi God’ status have started to piggyback on few of the Demi Gods from Congress. BJP is trying to hijack the credentials of leaders like Sardar Patel, Mahatma Gandhi, and others for their branding. We all will agree that BJP in recent past have extensively used the Demi God status of Mahatma Gandhi, and Sardar Patel for their benefits. One may argue that national leaders like Mahatma Gandhi, and Sardar Patel are beyond boundaries of party politics but the fact remains unchanged that they were leaders of Indian National Congress. On the other hand, there is sustained propaganda to malign the brand image of leaders like Jawaharlal Nehru, Indira Gandhi, Rajeev Gandhi and others.