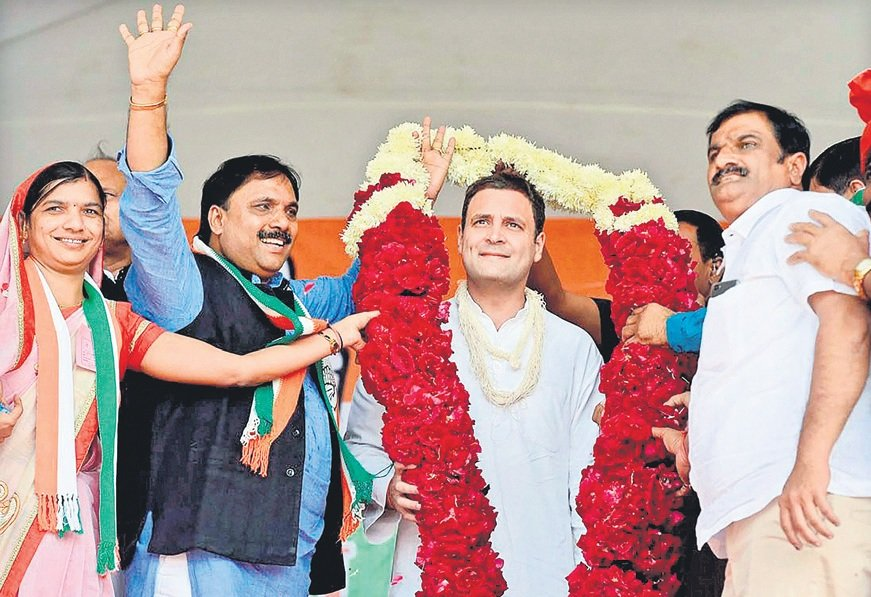 In the recent Gujarat Assembly election, the BJP won 99 seats, seven more than the magic figure of 92 in a House of 182. The INC secured 77 seats while its allies got another three. The NCP, which fought alone, got a seat and Independents won two.

This election represents a key moment in Indian politics. On the one hand, it once again proved the robustness of the Gujarat model of governance. The incumbent government, which faced the economic challenges of Goods and Services Tax (GST) and demonetisation, social challenge of caste revolt and agrarian distress, political challenge of a weak local BJP leadership, and 22 years of anti-incumbency, retained the State for the sixth time.

On the other hand, this election saw the revival of opposition and rise of a strong opposition leader – Rahul Gandhi. Rahul had four major wins — one, exposing the Gujarat model of governance, two, establishing an image of liberal Hindutva, three, stitching an alliance with three upcoming leaders – Hardik Patel, Alpesh Thakor and Jignesh Mevani, and four, resurgence of the Nehruvian model of election campaign management.

Exposing Gujarat Model
Rahul Gandhi put all his might in this elections. It was his aggression that helped the INC build a euphoria against the BJP. The Congress president started the campaign with the slogan ‘Vikas gando thayo che’. The success of the campaign exposed the chinks in the BJP’s claims of development and forced it to rethink its campaign strategy.

Rahul also managed to penetrate his message to the influential trader community by attacking demonetisation, failed economic policies and bad implementation of GST. He gave a new name to the GST – Gabbar Singh Tax — and an impactful campaign around it forced the Modi government to amend the tax slabs. This was the first big win of Rahul in challenging the established image of the Gujarat model of governance.

He kept Muslims out of the political discourse and instead experimented with the image of liberal Hindutva. He visited multiple temples during the campaign. This new avatar influenced voters and helped the INC win sizable votes.

New Political Alliance
In the game of caste politics, the INC had an edge over the BJP. Rahul successfully managed to win support of Hardik Patel, Alpesh Thakor and Jignesh Mevani. The trio enjoyed good support of the Patidars, OBC and Dalit votes and the same influenced voters’ turnout as well.

Rahul with the support of Hardik, Alpesh and Jignesh managed to consolidate the Patidars, OBC and Dalit vote bank. This was Rahul’s second big alliance after the alliance with Akhilesh Yadav.

Resurgence of Nehruvian Model
The INC historically has been the party of the urban elite, upper castes – Brahmins and Thakurs, who maintained their alliance with the local communities. This election witnessed the INC going back to its roots and core strength.

We witnessed the resurgence of the Nehruvian model backed by the support of THAMs — Thakurs, Dalits (Harijans), Tribals (Adivasis) and Muslims.

While there is no problem with the new emerging equation, it needs to be implemented well. In Gujarat, the INC leadership failed to implement it. If the party implements the new equation on ground with efficiency, they will win most of the States that go to polls this year.

The Gujarat election also saw a tectonic shift in the way the INC has been managing campaigns in the last two decades. This shift forced the BJP to change its campaign. Only time will tell if the change in INC’s campaign management is a long-term strategy or just a tactical move to win Gujarat.

New Social, Cultural Vote Bank
The Gujarat results have challenged the established Gujarat model, which was developed and nurtured by Narendra Modi over the years. The model is not only about economic development and good governance but also about the emergence of a new social and cultural vote bank – United Spectrum of the Hindu Votes (USHV).

If we analyse the last few Gujarat elections, we will see the rise of USHV and fall of caste-based politics. The emergence of USHV resulted in the rise of two new prominent groups – Saffron Dalits and Reluctant Muslim Voters. In the past, the USHV had liberated Gujarat from opportunistic caste dynamics.

Through an intelligent and aggressive campaign, Rahul managed to disturb this USHV equation but the damage was managed by the rise in the number of Saffron Dalits and Reluctant Muslim Voters.

The INC tried its best to cultivate socially and economically dominant castes like Jats in Haryana and Western Uttar Pradesh, Marathas in Maharashtra, Lingayats in Karnataka and Patels in Gujarat. The experiment of exploring new caste equations has not worked well for the INC. The party lost almost all the States where it experimented with socially and economically dominant castes.

Nurturing a new socio-cultural equation is not easy. It requires astute political acumen, huge operational skills and on-ground presence. The BJP stitched USHV as it had the dynamic leadership of Modi as well as political shrewdness and booth management skills of Amit Shah. The INC will have to work on building its cadre, leadership and presence before experimenting with new caste equations.

In many ways, the Gujarat result is a huge loss for the BJP though it got the mandate to rule the State for another five years. Rahul Gandhi made a big dent on the established vote bank of the BJP. It will not be wrong to read the loss of Rahul Gandhi as his moral victory and the victory of the BJP as a
mere face-saving act.